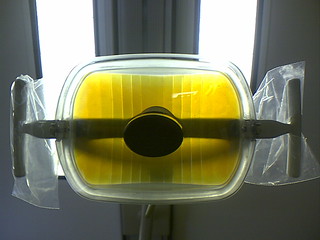 We were talking at work lately about dentists, and I recommended the practice I go to for a coworker. She asked why I like them so much, and I told her why I hated dentists for many years.

When I was young, like most of my generation, I had cavities. And my dentist filled them. With no anesthesia. My dentist didn’t believe in it, I guess, and that left me terrified when I had to have my wisdom teeth out. Luckily, that dentist did believe in anesthesia.

But still, six fillings done without it? I cringe thinking about the pain as the dentist drilled near the root.

So now I’m older and I have reached the stage where fillings need to be replaced.

The first time one fell out, and my tooth ached, I called the doctor’s office. He was rude, because it was on a weekend. (Why give out your number if you don’t want to be called?) Anyway, since this joker was also the one who x-rayed my sinus cavity and told me it was a tumor, I sought another dentist.

The second dentist, recommended by a friend, used the excuse that I was pregnant as a reason not to use anesthesia. I spent the entire time tense and came out feeling like I was going to faint. That dentist used white fillings instead of the traditional silver and that replacement soon came about a year later.

When the filling came out again, I asked a friend at work for a recommendation. I’m still at that practice, 16 years later.

Why? Because they listened to me.

When I went in for the filling replacement I got really tense. The doctor noticed and asked why. When I told her, she decided she would tell me everything she was doing – including the anesthesia. She took the time to make sure I was completely numb, and then talked me through the whole process. It wasn’t pleasant, but at least it didn’t hurt.

The next time I had to have one replaced, I didn’t have to explain. It’s in my chart that I was traumatized, and the next dentist that worked on me also talked me through it.

So now I don’t mind going to the dentist. It’s not my favorite place to be, but at least I’m not scared. All because someone took the time to listen.

This site uses Akismet to reduce spam. Learn how your comment data is processed.